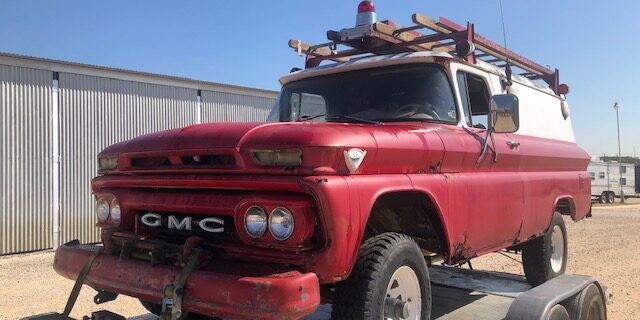 Where would you find another one of these?  Here’s a ultra rare 1963 GMC four-wheel drive Rescue Truck.   I see Air Force blue paint under the red,  likely ex-military. ???

The truck has sat for years in storage,  but its in pretty good shape for over 50 years old.   It remains all original.

Under the hood is one of those early BIG V6 GMC motors,  mated to a four speed on the floor with a two-speed divorced transfer case.   The motor turns and is free.   I have not tried to run it.   Tires hold air.

The truck is super cool!!!   It has a tough looking original Braden PTO winch on the front bumper.   It is complete and hooked up!

The body is really straight except the passenger side door which is dented,  but fixable.  Or I think its the same door as the Chevy or GMC pick up’s of the day.   The truck has some rust in the typical spots.   But very fixable.

I think this truck restored would fetch over $35,000.   Comes with a clear title.   texastreasurehunter.com 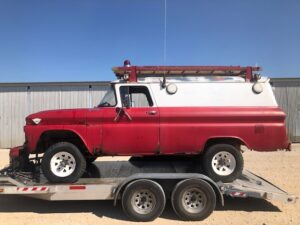 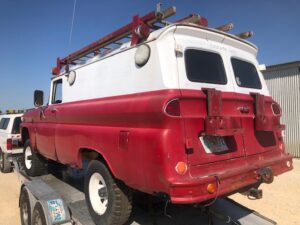