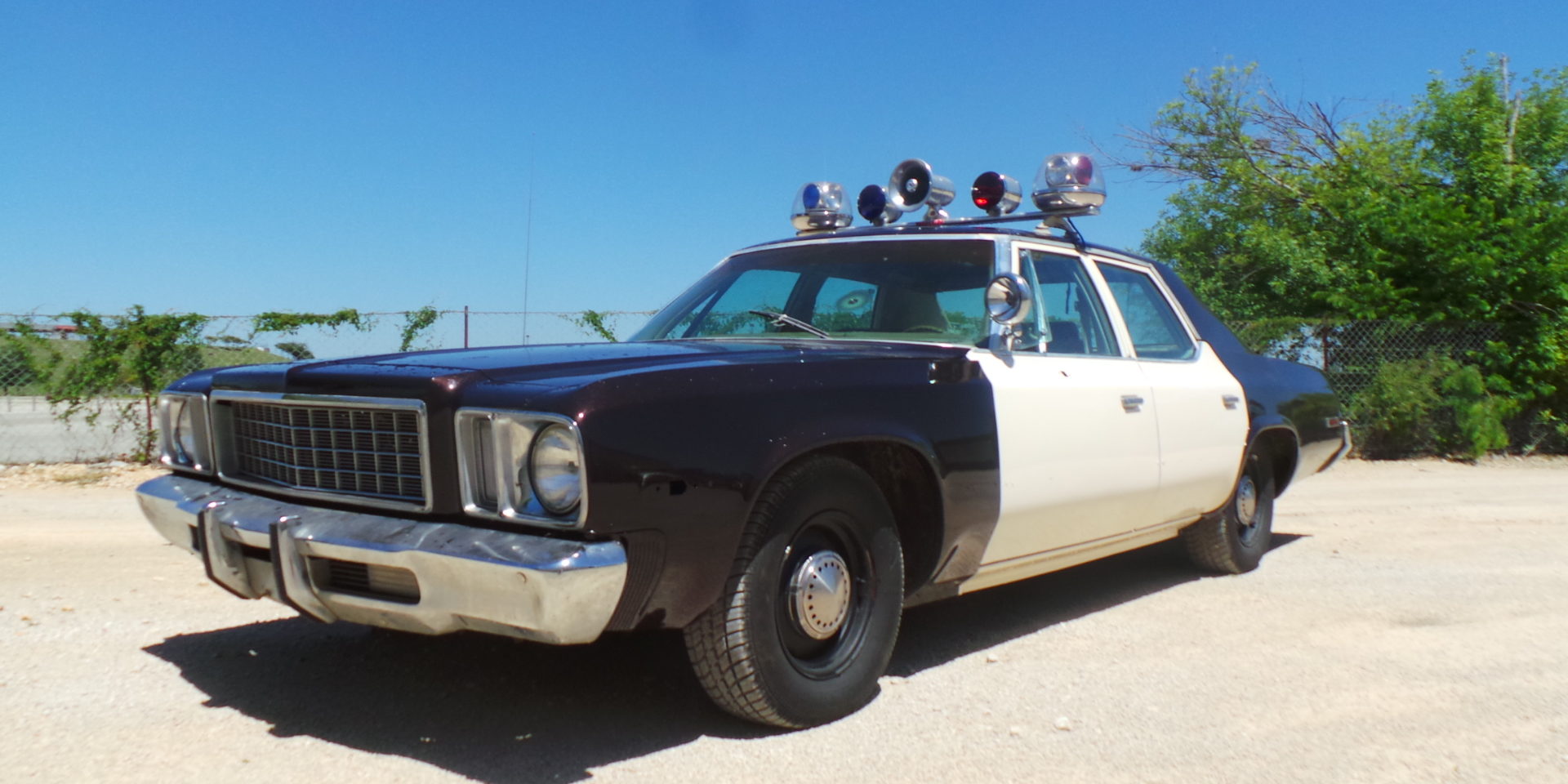 It is nearly impossible to locate a true Police Package car from the 70’s.   It’s like a needle in a haystack to find one with documentation linking it to a legendaryTexas law man,  but this car has it!!!!

In 1976 this Plymouth Grand Fury 440HP Big Block Police Car was sold in Austin Texas at Jay Smith Chrysler Plymouth.   Then it was delivered to the Sheriff of Travis County…Raymond Franks.    Sheriff Franks later co-starred in the 1981 movie “Honeysuckle Rose” with country music legend Willie Nelson.

After serving the Sheriff, the car was delivered to the Austin Texas Police Department where it served them for many more years and is noted on the Texas Title.

The Sheriff ordered the car decked out with options no Sheriff deputy would have.   The car still has the original 440HP motor with Heavy Duty 727 Automatic.   The car was a custom ordered car with Air Conditioning, (Not currently working) Power Windows,  Power Seat,  Tilt and telescopic steering wheel and even a factory in dash 8 track player.

The car was in original paint when I bought it,  and was all root beer brown.   I just spent nearly $4500 on paint and body.   The paint is only a month old.   We did the doors in cream white for dramatic effect.   Looks good,  just needs the door decals.

The car has four brand new Cooper Cobra tires and runs, drives and stops.  The engine is strong,  breaks are weak.

The car still needs and interior redone,  headliner,  breaks and a few rust holes repaired in the floors.   The body is very solid as is the trunk pan.

The car comes with a Federal Twinsonic with clear domes.   However it originally was a slick-top.   The lightbar pictured stays in my collection.   If you love vintage cop cars,  its hard to find better.